So I've finally got around to measuring and photographing my new short hair. I'm planning on buying a padded envelope to donate my hair this week. I just keep forgetting to buy one!

So here are my starting measurements and photo's: 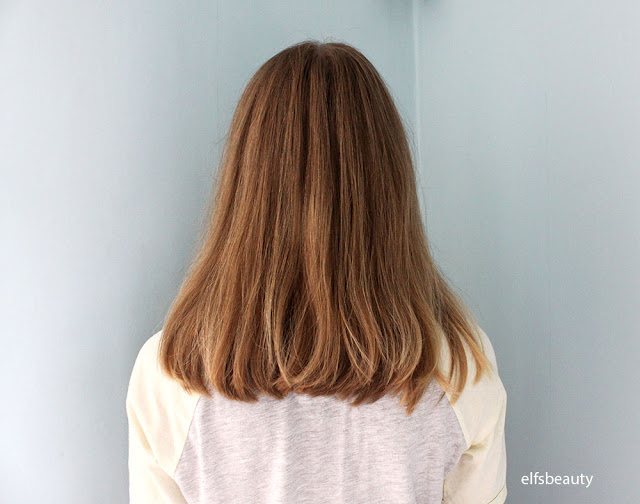 From the nape of my neck to the shortest length : 21cm/8in

and I thought I would measure what used to be my fringe (I can proudly say I have finally grown it out only too 1000 attempts) : 33cm/12ins 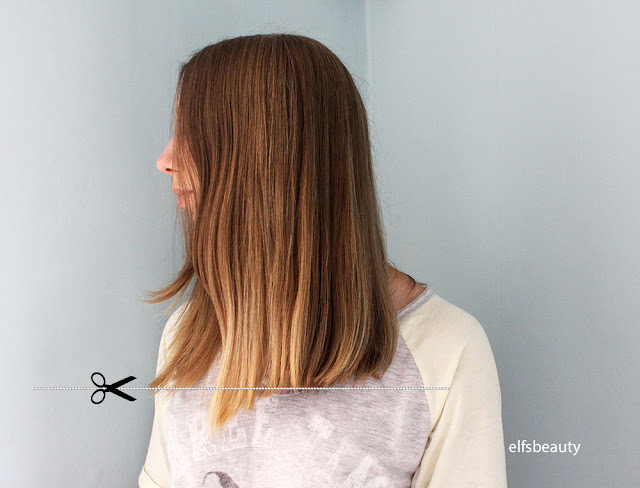 As I said in my previous post, when we cut my hair it ended up longer at the front and shorter at the back. In a few months I hope to begin to make my hair more even. It actually looks quite nice at the moment with the graduation so I'm not overly worried about it, but would like my hair to be all the same length. So once I've got a few months of growth I'll take off the 2in difference. I don't want to do it at the moment simply because for me, it will feel to short at the front. 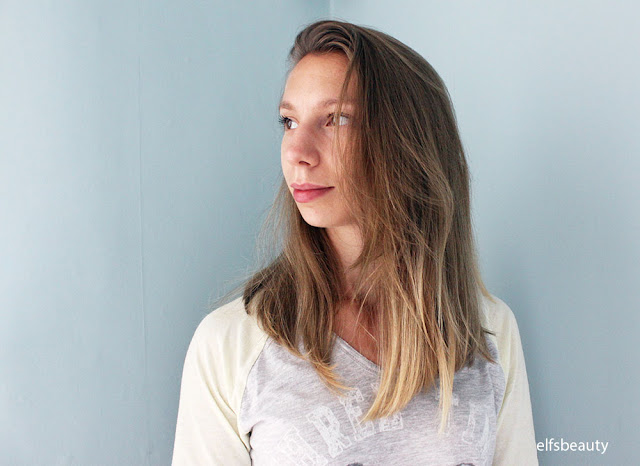 I'm currently liking the little slice of blonde that I have left in my hair, but as I go through it checking for split ends I notice its definitely weak hair, only the blonde ends and my fringe growth have split ends - the fringe growth because I haven't cut or trimmed it for well over a year. So I do feel more reinforced in my decision to cut all the blond out, but boy do I miss my hair! 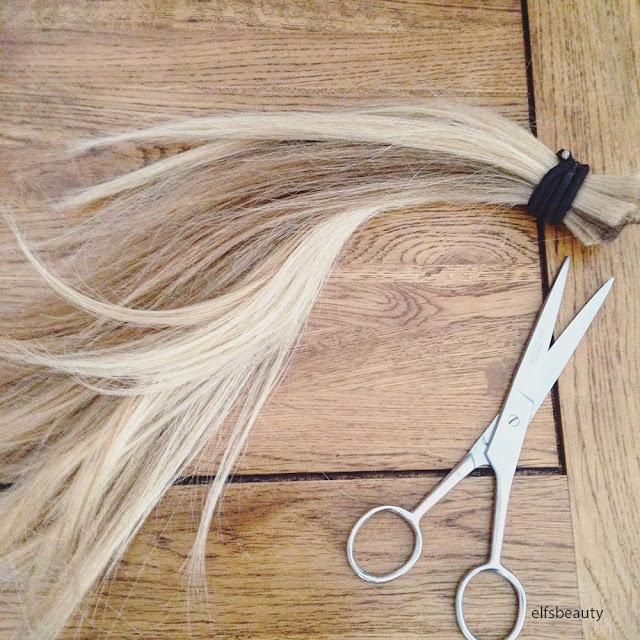 I am not going to lie, I think I may have lost my marbles...

Anyone who knows me, knows I love long hair. And for the better part of 4 years I have been growing my hair out. Unfortunately for the first 3 years I didn't take amazing care of it. I used heat a lot, rubbed it hard with a towel and used Sun-In on it, which is a heat activated hair lightener containing bleach, this was the main thing that killed my hair. The main length was full of split ends and try as I might, snipping them out and oiling my hair the split ends still got me down.

I knew the only way to deal with it would be to cut the damage off and start again. I put it off and off, trying regular trims with only a small amount taken off. But this was taking so long and made no difference. My hair continued to snag and tangle and break. So I grew some balls and asked my fiance to just cut it. So Monday after coming home from holiday, we did. With effort. Scissors wouldn't manage so we grabbed his shaver and about 5 minutes later I was 31cm's/12inches shorter.

But its ok I attempted to neaten it up, and ended up with a long, A-line bob. Where its shorter at the back and longer at the front.

The plus of cutting all the damage off, my hair feels amazing! Its so soft, manageable and THICK!
The negative is having to start all over again. But I am now very much the wiser and know all about hair oiling and using little to no heat styling and washing it less frequently, so you know I can totes do this.

Over the coming months / years I will be documenting the growth and sharing any treatments or tricks that have aided in the growth. 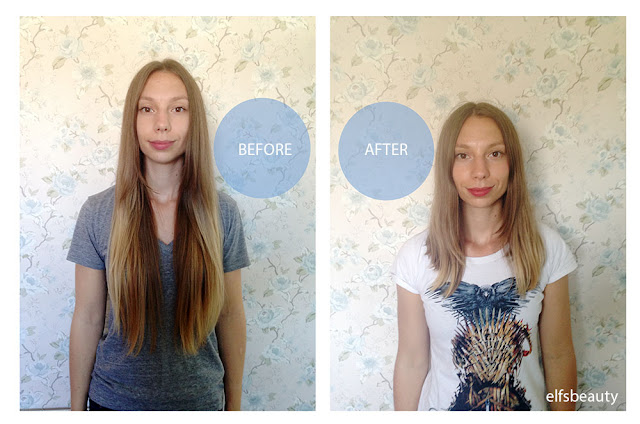 The before was taken right before we chopped/buzzed it off. It looks fairly nice here. (sad face)
The after was taken today (5 days after) It looks really uneven but I can assure you it isn't. (the camera's angle is funny too!)


With the pony tail I have, I will be donating it to a charity that makes wigs for children who are going through treatment for leukemia and cancer. (I'll do another post on that very soon) Before I send it off I plan to sit and go through the hair and snip away as many split ends as I can for them.

So here's to a fresh start and another long journey!

Drop me an email:
elfsbeauty@hotmail.com 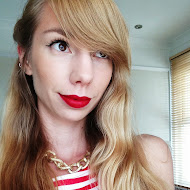 Welcome to my little corner of the internet!